This is from Where are The Ten Lost Tribes of Israel? genealogy project :

“Behold, These are coming from afar. These from the north and the west and these from the land of Sinim.” This prophecy, spoken by Isaiah, promised the return of Lost Israelites from all corners of the Earth and from Sinim.

Interestingly, Sinim is the Hebrew word for China 秦国 (秦始皇时代的中国). In fort-like villages in the high mountain ranges on the Chinese-Tibetan border live the Chiang-Min 羌民 of West Szechuan 四川. It has been claimed that the Chiang-Min are descendants of the ancient Israelites who arrived in China several hundred years before Christ.

The missionary Torrance, who visited Cheng-du in the early party of this century, insisted that the Chiang-Min strongly resemble the Israelite branch of the Semitic race.

He observed that several of their customs were reminiscent of ancient Israelite tradition. Said Torrance: “The plough the Chiang use is similar to the ancient Israelite plough and is drawn by two oxen, never by an ox and an ass. This in accordance with the Biblical stipulation: ‘You shall not plough with an ox and ass together.'”

The Chaing-Min believe in one God. During “times of calamity or acute distress,” writes Torrance, “they issue a moan or cry which sounds like ‘Yawei’, suggestive of the biblical name of God. The Scottish missionary also claims that the Chinese conception of Sacrifice came from the ancient Israelites.

Finally, Chiang-Min priests, like the ancient Israelite priests, wear girdles to bind their robes, and bear a sacred rod shaped like a serpent, reminiscent of the brass serpent fashioned by Moses in the wilderness.

When will the 10 lost tribes reunited with the Jews ?

Gen 48:19 Jacob blessed Ephraim – the 2nd son of Joseph – not the 1st son Manasseh. Ephraim had the birthright, his descendants will be “multitudes of nations”, though Manasseh will be a “great nation.”

Both Ephraim & Manasseh and 8 others are the 10 lost tribes of Israel. They are promised by God to Joseph (Gen 28:10-15) “as numerous as the dust of the earth”, while the Judah & Benjamin tribes remain small (only 14 million Jews today).

Today who are ‘these dusts” of the earth ? Only Indian and Chinese exceed 1 billion people. Either one of them descendants of Ephraim or Manasseh.

Ephraim (with God’s birthright) will be most likely the Chinese ancestor, because Chinese diaspora is everywhere in & out of China (59 races), Taiwan, HK, Macau, South-east Asia, Singapore (a nation).

Do you know the cruel Assyria Empire, which destroyed the Northern Israel and exiled the 10 lost tribes, is today’s Germany and Austria (after WW1 kicked off by these 2 Germanic races, Austria broken into Poland, Hungary, Yugoslavia & Czech). The Jews suffered in WW2 by German Nazi. The China Qing dynasty in 1900 semi-colonized by 8 European +Japan countries (俄德法美日奥意英 : 李连英教慈禧记得这8个坏蛋国名 “饿的话, 每日熬一鹰”) led by Germany and then Austria (Assyria reincarnated in 20th Century). Like in O.T., God always used the same bad guy (Assyria & his bad allied Japan) to ‘discipline’ his rebellious beloved children: Jews and Chinese – 爱之越深, 训之越严。Only these 2 chosen ancient civilisations survive till today, their suppressors (Babylon, Egypt, Assyria, Mongol, Manchu, …) have vanished. 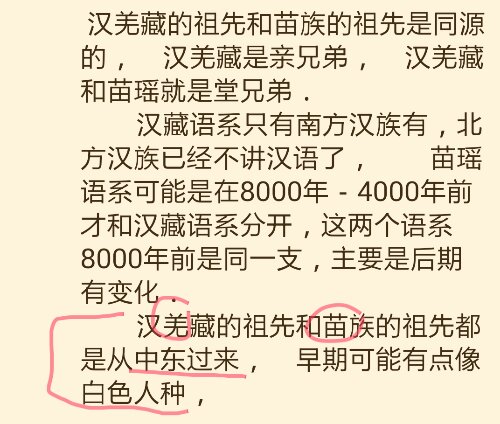 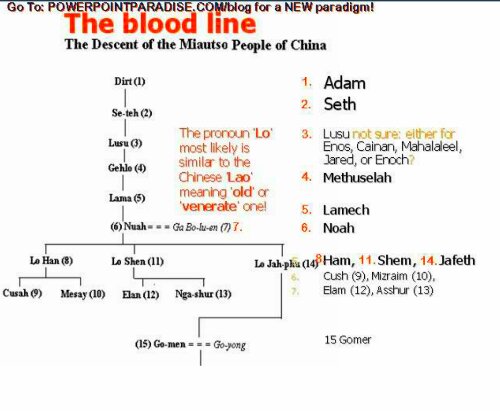 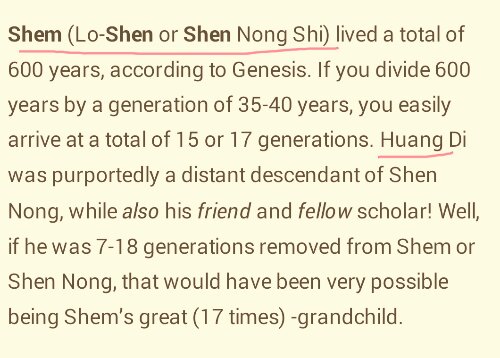 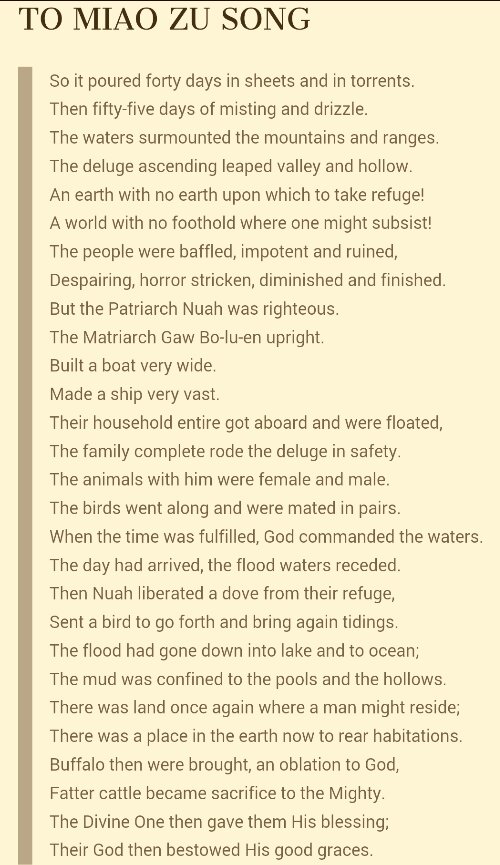 Interesting Chinese characters (pictograms, ideograms 象形字) interpreted from the Genesis context of God in China in 2,500 BC (商朝), i.e. one thousand years before Moses wrote the Book of Genesis in the Old Testament.